Juan J. Dominguez of The Dominguez Firm has been selected as a 2015 member of the distinguished “Nation’s Top One Percent” list by the National Association of Distinguished Counsel (NADC). He is also nationally recognized as Latino Lawyer of the Year 2013 by the Hispanic National Bar Association. 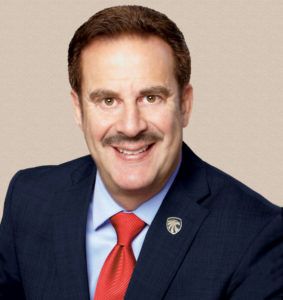 With a mission to objectively recognize the nation’s top lawyers in the United States who elevate the standards of the Bar, the NADC appoints only those practicing the highest standards of legal excellence.

The elite members of the annual list are vetted by a neutral, blue ribbon panel of attorneys with podium status and approved by a judicial review board.

This is the most recent honor for Dominguez, one of the most successful and well-known personal injury attorneys in Southern California.

In January 2015, Dominguez was recognized by the Los Angeles Business Journal with the 2015 Latino Business of the Year Award for his contributions to the community.

In receiving the Latino Business of the Year honor, Dominguez shared how his core values leads his firm: “I have three ideals I follow: the dignity of the individual, excellence and service. I ask all my colleagues and staff at The Dominguez Firm to keep these in mind at all times.”

Since 1987, The Dominguez Firm in Los Angeles has served the Southern California community with a law practice representing the injured in all types of accidents, including workers’ compensation injuries, and consumer rights cases. The firm also provides immigration law services with an exceptionally talented and bilingual legal staff.

Dominguez is also a proud member of the exclusive Multi-Million Dollar Advocates Forum and Elite Lawyers of America. He was nominated Attorney of the Year 2011 by the Consumer Attorneys of California (CAOC). He is also a Super Lawyer for 6 years as named by Los Angeles magazine, and a Top Attorney for 5 years as named by Pasadena Magazine. A supporter of more than 50 charitable causes, both domestic and abroad, The Dominguez Firm strongly believes in and exemplifies giving back to the community.